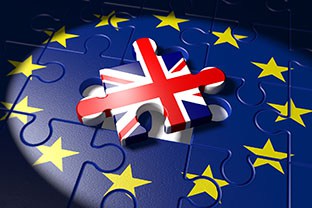 The Brexit-induced decline in the value of the pound has brought some good news for investors.

“The Brexit vote has completely changed the picture for dividends this year and beyond.”

So said Capita, one of the UK’s main share registrars in its second quarter Dividend Monitor. In the first quarter edition, Capita had forecast a decline for 2016 of 1.7% in the underlying dividends of UK listed companies, i.e. dividends other than one-off special payments. The drop in the value of the pound has made Capita revise its forecast to a 0.5% increase for the year. In terms of total dividends, it now sees these rising by 3.8%.

The reversal in fortunes reflects the fact that many of the largest UK-listed companies, such as HSBC, BP and Royal Dutch Shell, report their results in US dollars and set dividends in the same currency. Thus if the dollar rises about 10% against the pound, an unchanged dividend becomes worth 10% more when it’s converted into sterling.

This currency effect also helps to explain why the FTSE 100 has performed reasonably well since the Brexit vote – the index includes many multinationals whose overseas earnings have – almost overnight – become more valuable to a sterling-based investor. The same currency boost to dividends and values also applies to nearly all foreign shares, given that since 23 June sterling has dropped against almost all the world’s currencies.

Thus the Brexit vote has served as a useful reminder of the importance of diversifying investments globally. If your investments are heavily focussed on the UK, the last couple of months should prompt you to review your holdings.