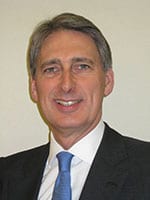 A new Chancellor takes the reins

The UK now has a new Prime Minister and a new Chancellor, but will tax policy change?

If you went on an overseas holiday in the second week of July, you left the UK with David Cameron as Prime Minister and George Osborne as Chancellor, but by your return the country was in the hands of Theresa May and Philip Hammond respectively. A week is truly a long time in politics.

As with the consequences of Brexit on the economy, it is too early to say what the impact of the new government will have on tax policy. However, a few interesting indicators have already emerged:

The mood music is thus very different from what we have been used to. For example, it is possible to imagine Mr Hammond making the cut to higher rate pension tax relief that Mr Osborne shied away from in March. Such a move would certainly fit in with not prioritising the wealthy…

The value of reliefs depends on your individual circumstances. Tax laws can change. The Financial Conduct Authority does not regulate tax advice.